Costco is renowned for its low prices. For that reason alone, it has become one of the nation’s favorite retailers. And while you can get a lot of necessities for much cheaper at Costco than anywhere else in America, you can also do that with gas.

Yes, gas at Costco is cheaper than a lot of the gas stations throughout the U.S. and North America.

Despite that, one popular question is still circulating in the community and that is if Costco gas takes credit cards.

After some comprehensive research, here is what we have discovered.

As of 2022, Costco gas stations only take Visa credit cards for any gas purchases made across the United States.

Of course, this includes NFC/contactless payments made through Apple Pay, Google Play, and more.

If you’re interested in finding out why Costco gas only works with VISA and why Mastercard/American Express can’t be used at Costco gas stations, continue reading.

No, Costco gas doesn’t accept Mastercard as a form of payment. This is because Costco has an exclusive partnership with Visa. This means that the only digital way to pay at Costco gas stations at the moment is through VISA.

This obviously doesn’t take into consideration gift cards, EBT, or any other cards that are not your typical payment method.

For the exact same reason as Mastercard, Costco gas does not accept American Express credit cards as a form of payment.

However, you will need to have a VISA card in order to do so since the only accepted credit cards are VISA at this time. Fortunately for many people, using the Apple, Samsung, and Google payment systems at Costco gas is incredibly quick and easy.

Why Does Costco Gas Only Accept VISA?

The reason behind why Costco gas stations only accept VISA as a form of payment is because the company has an exclusive partnership with VISA.

This exclusivity gives VISA certain benefits, such as co-branding opportunities and prime placement at Costco stores.

What Other Cards Are Accepted At Costco Gas Stations?

As far as Costco gas stations in the United States are concerned, you can pay for Costco gas via:

Conclusion – Can You Use A Credit Card At Costco Gas Stations?

As of 2022, any active Costco membership holder can pay at Costco gas using their credit card. However, you must be aware that only VISA credit cards are accepted at Costco gas.

This is due to a partnership that Costco and VISA went into. In other words, if you have an American Express or a Mastercard credit card, you won’t be able to pay even if you’re a Costco member.

Do note that these payment limitations are only enforced as far as credit cards are concerned. If you were to pay cash or a Costco giftcard, you’re more than welcome to use those to pay for refilling your propane tanks and filling your vehicle with gas at Costco. 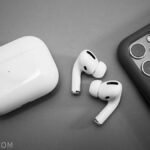