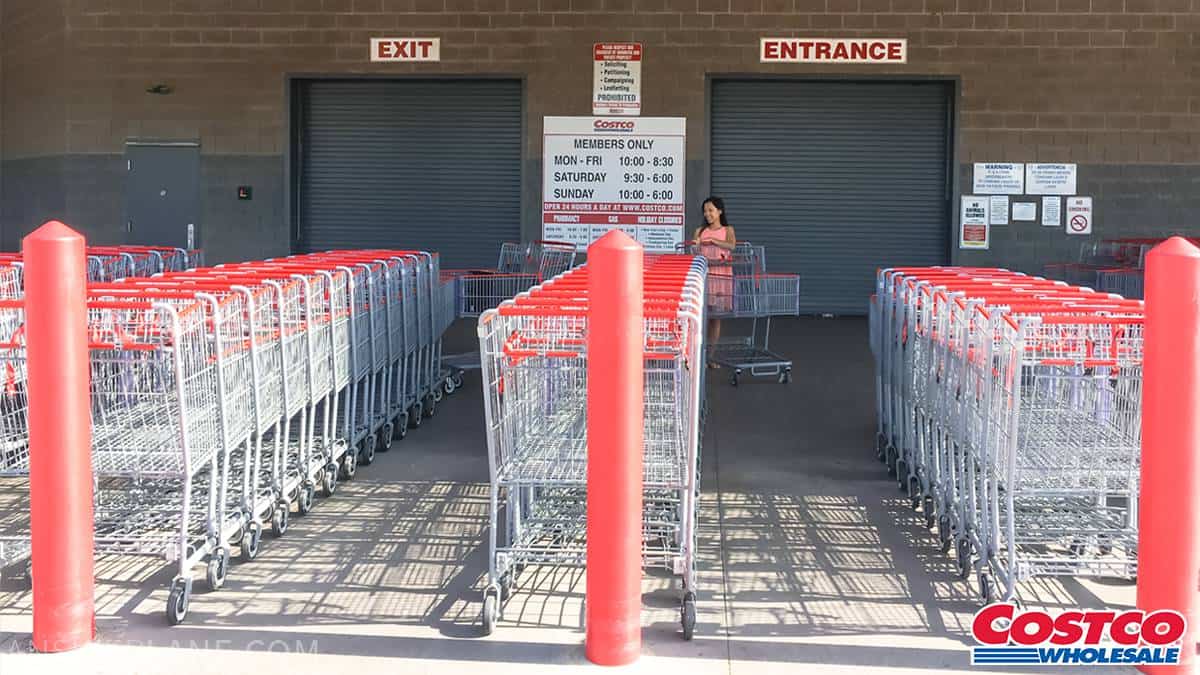 At Costco, you can shop for anything from your groceries and medicine to furniture, electronics, appliances, and virtually everything else the average American might need.

As a result of the wide choice of products on display and in combination with their incredible prices, Costco has become one of the nation’s favorite shopping hotspots.

But, to be able to take advantage of the low prices for most of the products sold at Costco, you have to be an active Costco member, which will cost you between $60 and $120.

For some, the price makes sense while for shoppers who would want to come to Costco now and again, not so much.

Because of that, many American’s have asked if there is a Costco one day pass.

We conducted quite a bit of research on the topic and here’s what we have found.

As of 2022, Costco does not sell or give away one-day passes. Despite that, if the $60 annual fee is a bit dear for you, then there are plenty of other ways to shop at Costco.

Two of those ways are to either shop online from the Costco website or getting your hands on a Costco cash card, which you can then use to purchase products and services at Costco even if you’re not a member.

If you’d like to know more about Costco memberships and all of the alternative ways you can shop at Costco without paying the $60 annual fee, then continue reading.

How Can I Shop At Costco Without A Membership?

Not everyone can afford or is willing to spend $60 for the ability to shop at Costco. As a result, many people think that they simply can’t shop at Costco.

That’s far from the truth.

We did some research and have found five different ways you can shop at Costco when you don’t have an active membership.

Although the fact that you don’t have a membership might prevent you from entering one of Costco’s warehouses, it certainly doesn’t stop you from shopping at their online store.

Shopping online at Costco is available to everybody. The only catch is that non-members will have to pay an additional 5% on top of their total cost.

So, if you did some grocery shopping for $131.27 and don’t have a membership, your total will be $137.83. Additionally, if you’re a member, you will get free Costco shipping on orders over $75, which is a pretty nice discount.

Shop With A Friend

Another way you can shop at Costco when you don’t have a membership is to ask a friend with an active membership to shop for you.

Although there’s no official rule that forbids this, we wouldn’t recommend doing it, and here’s why:

Costco has tight security in their warehouses and they do not like people who pretend they’re members. So, if you shop with a friend, chances are that the security guards will ask you to provide proof of purchase for all of your items.

If you can’t do it, simply because they were bought by somebody else, then there’s little chance of Costco letting you out of the warehouse without being charged an entrance fee.

Use A Costco Cash Card

If you have a friend that has a Costco membership, you can ask them to gift you a Costco cash card. Costco shop cards range from $25 to $2,000 in size, which can last you for a few months.

You can then use that Costco cash card for as long as needed even if you don’t have a membership.

If a friend or family member has bought you a gift from Costco, what you can do is simply return it to Costco. Rather than having the money go back to the original payment method (the person who bought you the present), you can exchange it for a Costco cash card.

For example, let’s say that you want to return AirPods to Costco.

Once the gift is in its original packaging, simply head over to your local Costco and return the item. Tell the staff that you’d like the refund via a Costco cash card, and you’ll be set.

Then, you can go ahead and spend whatever is on your Costco cash card from the refund in the store without having an active Costco membership.

Buy And Refund An Existing Membership

Costco strives to provide 100% customer satisfaction at all times. As part of their goal in providing an excellent service to all of their customers, you can purchase a membership and cancel it at any time and get a full refund on your purchase.

This will give you plenty of time to shop at Costco and decide if the membership is for you. Alternatively, you can simply take advantage of their generosity to do what you need to do in Costco and ask for your money back.

Do note that if you do that, you will most likely not be able to get another membership for some time.

Are All Products And Services Off Limit For Non-Costco Members?

No, you can still purchase some products and services at Costco even if you don’t currently have an active Costco membership.

An example of that would be the Plan B contraceptive pill, which is mandated by state law that has forced Costco to allow the selling of such medication to anyone – even if they don’t have a Costco membership.

Besides Plan B pills, you can also shop for alcohol in Costco as a non-member. Do note that this is only applicable to some states.

The reason for this is quite interesting.

It’s not because Costco wants to make more money by selling lucrative items to everybody but rather because certain states require stores including Costco to sell alcohol to everyone over the age of 21.

The states that you can shop alcohol in Costco from without a membership include:

Unfortunately, if you don’t live in any of the above states, the only way to buy alcohol from Costco is by becoming a member.

How Much Is A Costco Membership?

As of 2022, you can become a Costco member via any of the three memberships they currently have available. Each membership provides a degree of benefits that non-members wouldn’t otherwise get.

The Gold Star membership costs $60 per year and will grant you exclusive access to shop at all Costco locations worldwide. That’s pretty much it.

As for the Executive membership, that will cost you double – $120 per year, which will grant you access to all Costco locations around the world. This time though, you can get a 2% money back on qualified purchases as well as additional benefits for greater saving and benefits on selected Costco Travel products.

If you’re a business, the Business membership will cost you $60 and that will grant you access to purchase for resale rather than personal use.

As of 2022, you cannot get a one-day Costco card. This means that you’ll have to either pay for a Costco membership or use one of the methods from above in order to shop at Costco.

Either way, if you’re looking to shop regularly at Costco, you will most definitely make your money back. Not to mention that the Costco membership will also grant you access to use the Costco petrol station, which sells high-quality gas for under-market prices. 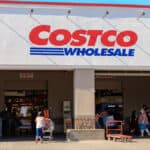 7 Reasons Why Costco Is So Cheap! [You Would Be Surprised]