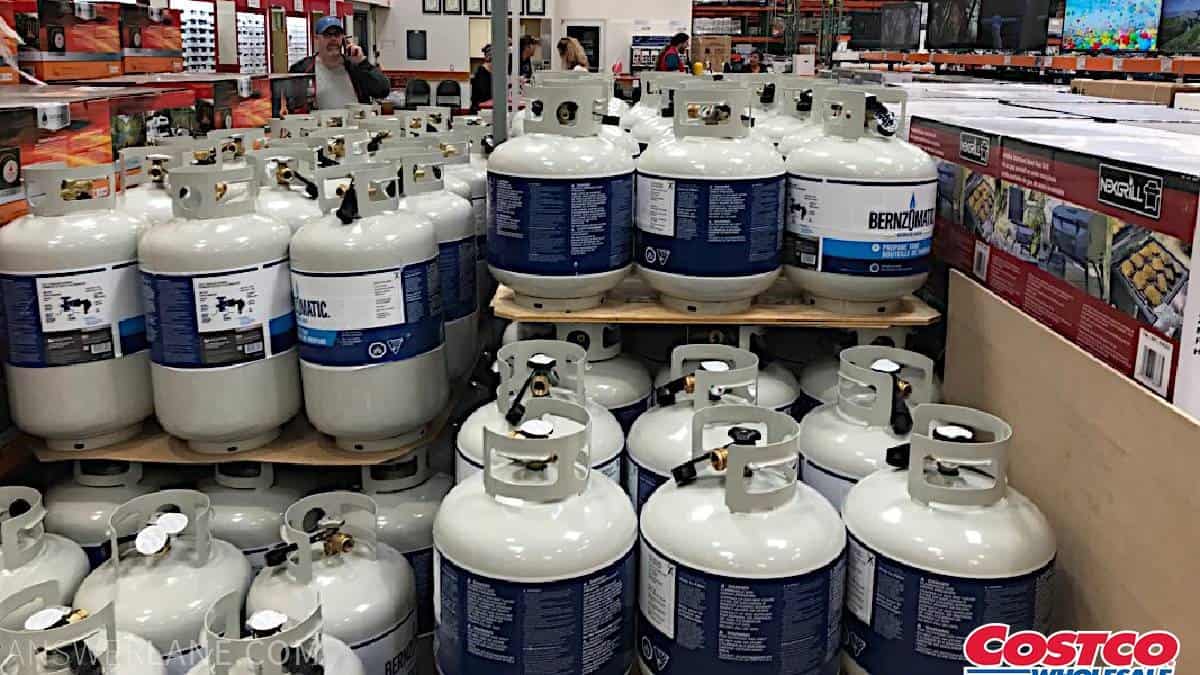 There’s no secret that Costco is one of the retailers that offer a wide array of products and services to its customers. From selling furniture to flowers, and medicine, Costco is the go-to store for all necessities that the average American may have.

But, do Costco refill propane tanks? And if they do, how much does it cost?

After conducting pretty extensive research, here is what we have found.

Does Costco Fill Propane Tanks In 2022?

As of 2022, yes, you can visit your Costco store to fill up your propane tank.

Do note that if your local Costco doesn’t have a tire service center, then you won’t be able to do that as the store wouldn’t be equipped to refill your propane tank.

But, for the Costco stores that do, you can refill a 20lb, 30lb, 40lb, and even a 100lb propane tank. You do have to be an active Costco member in order to take advantage of the service.

Not every store has a dedicated Costco propane refill facility. With that in mind, you need to find out which is the nearest Costco that can do that.

Simply head over to the Costco website and search up all Costco locations. There, you’ll be able to see what services each specific location offers.

If you’ve found that your Costco can fill your propane tanks, you now need to check for the Costco gas hours to see when the propane tank service is open.

How Much Does It Cost To Fill A 100lb Propane Tank At Costco?

The cost you’re expected to pay for a propane refill will greatly vary on the time of year and demand.

And while the cost is likely to fluctuate up and down, the Costco propane price is nearly always lower than that of their competitors.

As a general rule of thumb, you can expect to pay around $2.71 per gallon at the time of writing this blog post. Do note that with the instability of fuel prices, the cost may rise or fall in the future.

How Long Does It Take To Refill Propane At Costco?

From experience, you can expect the whole process to take anywhere between 5 and 20 minutes. It really depends on how busy it is and how large your propane tank is. Either way, it’s not long.

How Do You Fill A Propane Tank At Costco?

Filling up your empty propane tank at Costco is a very simple process. First, locate the propane service station – it can often be found in the parking lot.

Then, reach out to one of the staff members that are currently working and they will assist you with anything you may need.

Do note that Costco attendants will not refill any propane tanks that have expired so do make sure to check that your propane tank is still in order before you head off to Costco.

If everything with your propane tank is okay, the attendant will print you a receipt for the total cost of the propane that was filled in your tank. Then, simply go ahead and pay for it in-store.

Can You Buy Propane Tanks From Costco?

Yes, you can freely purchase propane tanks at Costco. You can buy propane tanks in a wide range of sizes including 1lb, 5lb, 20lb, 30lb, and even 100lb.

All propane tanks sold at Costco are prefilled and ready to use right away.

It’s also worth mentioning that many of the propane tanks that you will find at Costco include overflow protectors and gauges, and are prepurged. This is all done for the safety of the customer.

Is It Cheaper To Buy A New Propane Tank Or Buy A New One?

Though buying a new propane tank when you run out might seem like the easier option, that can end up costing you quite a lot more in comparison to simply refilling your propane tank at Costco.

In many cases, refilling your propane tank will prove to be cheaper for the simple reason that you will only pay for the fuel rather than the fuel and the tank.

Aside from that, it is hard to tell when a propane tank is truly empty, meaning if you throw it away, you might be wasting propane that you have paid for and haven’t even used.

Can You Exchange Propane Tanks At Costco?

Unlike other large retailers in the likes of Walmart, Costco does not have an exchange service for propane tanks.

Rather than throwing away your propane tank every time, if you’re a Costco member, you can simply refill your tank and save a lot of money from buying a new tank each time.

Yes, Costco does fill propane tanks. Do note that only stores with a tire service center are able to help you with refilling your propane tanks. The cost of doing that is around $2.70 per gallon, which is still a pretty competitive price compared to other locations.

If you wish to buy a new propane tank every time, you can do that too. Costco sells propane tanks that range in size quite greatly – the smallest being a 1lb propane tank and the largest being 100lb.

And in case you have nowhere to store all of your propane tanks, you can simply give them to Costco and they will take care of them for you. 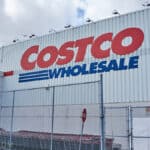 Does China Own Costco? [Products From China & More]