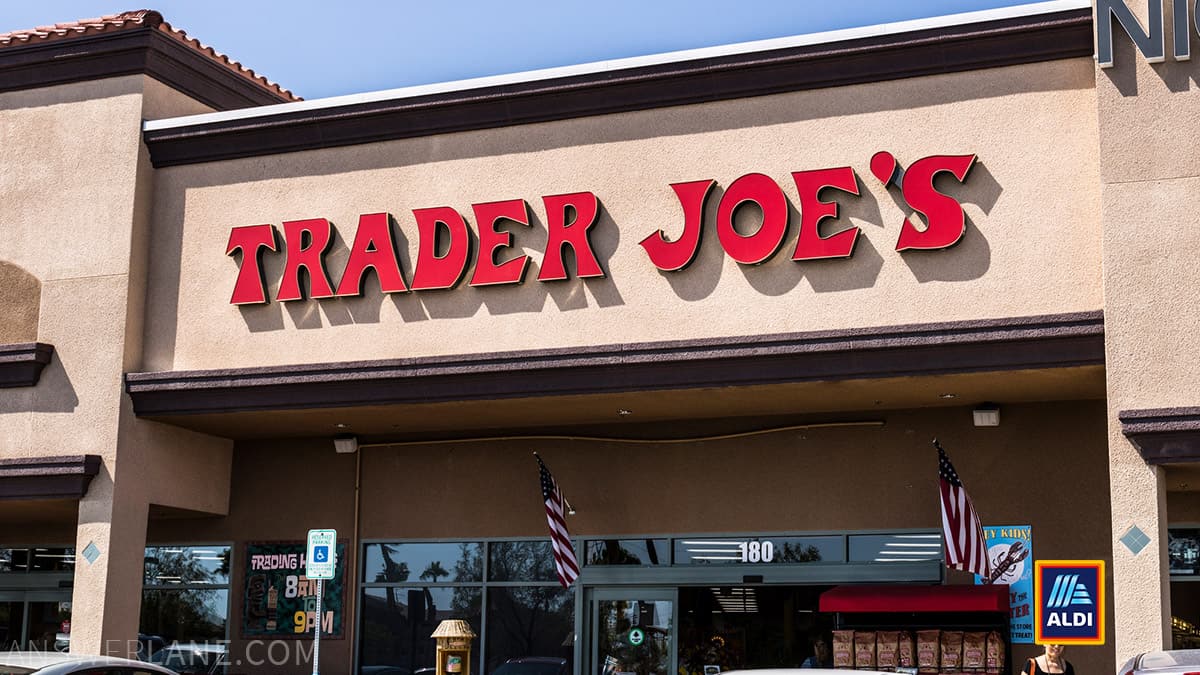 Aldi originally started out in Germany. But since its inception, the company has grown into something much bigger. Currently, there are over 5,600 different Aldi stores all around the world.

With that, Aldi has also acquired a fair share of companies over the years. You may have probably read about all these different groceries that are actually partnered with or owned by Aldi. And this may have got you wondering, does Aldi own Trader Joe’s?

Well, the answer to that can be quite complicated.

This is because Aldi’s history and the current setup aren’t that simple either. But we’re here to simplify it for you and make it easier for you to understand the relationship between Trader Joe’s and Aldi.

Trader Joe’s is a classic Californian establishment. It has a laid-back feel, affordable goods, and is well-loved by customers. On the other hand, Aldi is a German grocery store that is known for efficiency and bargain prices.

So, what makes them related?

Are Trader Joe’s And Aldi Related?

Yes, Aldi and Trader Joe’s are related in more ways than one. To start, Aldi actually owns Trader Joe’s. But don’t get confused as this isn’t the same Aldi that owns and manages the US stores.

Trader Joe’s is actually owned by Aldi Nord. This is a company that is an off-shoot of the original Aldi retailer. Currently, there are two Aldi companies: Aldi Nord and Aldi Sud. These were created by the two brothers who founded the original Aldi but parted ways at some point in their history.

What’s The Story Behind Aldi And Trader Joe’s?

The story behind Aldi and Trader Joe’s is a bit complicated. However, it becomes much easier to understand when you learn the exact history of Aldi. Aldi was originally founded in 1913 in a town in Western Germany.

And while the company did see some success in its early years, the World Wars changed that. After both World Wars, Germany was in a unique position in its history. And after the Second World War, the brothers who originally founded Aldi back in 1913 went back to work in their stores.

But in the post-war era, the two brothers grew the store even further. This is because in Germany’s economy at the time, Aldi offered low prices for high-quality products, which allowed them to open up a bunch of different branches in different locations.

However, when the 1960s came around, the two brothers didn’t see eye to eye anymore. The rift began over the decision to sell cigarettes in their store. One brother, Theo was in favor of selling cigarettes at Aldi, while the other, Karl, was against the idea, citing that stocking up on cigarettes will attract more shoplifters.

After their split in the 60s, both Aldi’s performed fairly well. And in 1976, Aldi Sud ended up expanding into the United States. Not long after that, Aldi Nord acquired Trader Joe’s in 1979.

While there isn’t a confirmed reason for Aldi Nord acquiring Trader Joe’s, the running theory is that Aldi Nord also wanted to tap into the US market. However, since Aldi Sud already started to carve out their niche there, it wouldn’t have been a good idea.

After all, it would have been very confusing for consumers if there were two different Aldi’s in the United States under the same name but run by two completely different companies.

So, instead, Aldi Nord decided to acquire an existing retailer to give them a revenue stream from the US market. Aldi Nord acquired Trader Joe’s in 1979 from Joe Coulombe, who originally owned the store.

With that said, while Aldi Nord does own Trader Joe’s, the two companies act very independently of each other. They have their own systems, products, and shopping experience for customers.

So, while Trader Joe’s is definitely Aldi Nord’s subsidiary, it currently operates largely on its own.

As mentioned earlier, Trader Joe’s was Aldi Nord’s way into the US market. However, Trader Joe’s already had a significant niche in the market by the time it was acquired by Aldi Nord, and that’s largely due to its original founder, Joe Coulombe.

Coulombe started out working with drug stores and convenience stores. And at the time, there were a couple of stores he was managing that was up for liquidation, and Joe offered to buy them all.

This was in the 1950s. And throughout the next couple of decades, Coulombe would try to show that his stores stood out when compared to other options like 7-Eleven. He did this by stocking up on unique finds in his stores, which would help him grow in popularity.

By the 60s, Coulombe renamed his stores Trader Joe’s. The story of this name is a reference to another restaurant in LA at the time known as Trader Vic’s.

Trader Joe’s grew in popularity because of its fusion of quality and affordability. At Trader Joe’s locations, customers could access a wide variety of products that were originally purchased at a low price due to overstocking or the product being discontinued.

And since they were originally purchased at a discount, the store could extend the discount to customers. This business model of an affordable and reliable retailer is what attracted Aldi Nord to purchase Trader Joe’s in the first place, as it gave them a firm place in the US retail market without having to open up their own Aldi locations.

Are Aldi And Trader Joe’s The Same?

No, Aldi Nord and Trader Joe’s are very different companies. While Aldi Nord owns Trader Joe’s, both stores operate fairly independently of each other.

But how about when compared to the Aldi Sud locations which you can find all over the US?

There used to be a lot of speculation that both Trader Joe’s and Aldi sourced their products from the same sources. However, there hasn’t been any evidence presented thus far that can prove that. But with that said, both of the stores do carry a lot of similar items.

And in some cases, Aldi has seemingly copied the items of Trader Joe’s.

An example of this is the Everything But Bagel Seasoning of Trader Joe’s, which grew in popularity. But soon after the launch of this product, Aldi released their Everything Bagel Seasoning, which raised some eyebrows in the market.

Those aren’t the only similar products on these stores’ shelves. Both stores have cheap wine, decent cheeses that look luxurious, naan bread, and a variety of other products.

However, keep in mind that Trader Joe’s usually has a wider variety of options for these products. Remember, Aldi stores are designed to be smaller and have a more limited selection of products.

But there is one area where Aldi has more variety and that’s in pantry products. And while Trader Joe’s has a more limited selection of products compared to Aldi’s pantry category, a lot of the items may be cheaper if you purchase them from Trader Joe’s instead.

Trader Joe’s Vs Aldi: Who Has Better Products?

The reason both stores are compared to each other so frequently is that they both have a lot of store-label products or private selections. At Aldi, over 90 percent of the products in their store are private label while 80 percent of Trader Joe’s items are store-label as well.

With that said, many shoppers point to Aldi as the better option for one main reason: produce. There’s a common opinion with most shoppers that Trader Joe’s has bad produce. And while customers can always find high-quality items at Trader Joe’s, this reputation has hurt the store.

That doesn’t mean Aldi is free from criticism either. Throughout the years, Aldi has faced a lot of criticism from customers over the quality of its products. But take note that in recent years, Aldi has taken steps to improve its game, which is why many people consider it the better option.

If you’re looking above and beyond the produce section, Trader Joe’s and Aldi are fairly tied in terms of quality. But regardless of what you buy at these stores, one thing will remain constant and that’s that you can purchase a wide variety of different products in either store and end up saving a fair amount of money.

If you’ve been wondering who owns Trader Joe’s, it’s Aldi. However, this isn’t the same Aldi that you shop at from time to time. Trader Joe’s is a subsidiary of Aldi Nort, while all Aldi locations in the US are run by Aldi Sud.

While they share a name, both companies are run independently of each other and have a rich history. So, the next time someone asks you if Aldi owns Trader Joes, you can now give the full, complex, and history-rich answer. 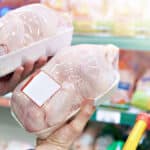 Where Does Aldi Get Their Chicken? [Manufacturer & More]