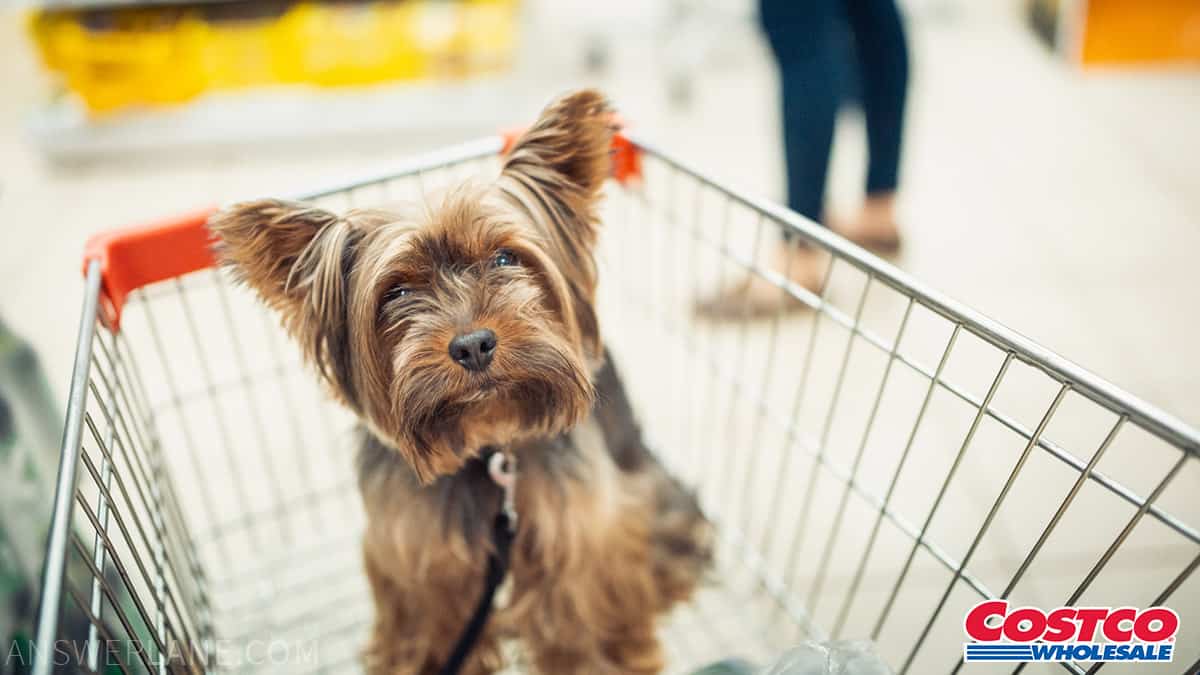 Costco is known for selling items in bulk and at cheap and affordable prices, and that certainly applies to pet products, pet accessories, and other similar goods and services.

As a result, pet lovers come to Costco to take advantage of their great deals and offers on pet products.

This might leave you and many pet owners wondering if Costco allows animals in-store. Some customers also wonder if Costco is pet-friendly as a whole or if they only let in certain types of dogs.

To find what the truth behind these questions is, we did the research, and in this article, we will go over Costco’s pet policy and other relevant information that you should be aware of.

Does Costco Allow Dogs In-store In 2022?

If you have a certified service dog, then you are allowed to bring them with you when shopping in-store at Costco, as per the ADA (Americans with Disabilities Act) guidelines. With this being said, Costco does not allow any household pets or emotional support animals of any kind into its stores.

Some Costco locations are a bit more relaxed when it comes to this rule, but the majority of locations are very strict about this policy. To find out more information about Costco’s pet policies and whether or not Costco is pet friendly, continue reading below.

Now, if you’re going to your local Costco to fill out a pet prescription, then in certain cases you can bring your pet with you.

To put it bluntly, no, Costco is not a dog-friendly or pet-friendly store. No pets of any kind, such as dogs, cats, birds, and other animals, are allowed into any of Costco’s many warehouses across the United States.

This rule is due to the FDA (Food and Drug Administration) and its rules listed out in the Food Service Codes. The gist of these codes is that live animals are not allowed into any place or establishment that serves or sells food. This could be anything from a restaurant to a grocery store. Costco falls into this category, as it both sells and serves food.

There is an exception for certified service animals, however. While this exception exists, service animals and their owners can be refused entry or asked to leave if they aren’t following a specific set of rules.

Some Costco Locations Seem To Bend The Rules For Dog Owners

Some Costco stores have been known to frequently let dogs and their owners into the warehouse. Customers have said that if the dog is on a lead and is particularly well-behaved, they have been able to bring their dogs with them into Costco warehouses.

Employees have also reported that some stores are very relaxed when it comes to allowing dogs into Costco warehouses. As long as the dogs are calm, well-behaved, and not aggressive, they allow the dogs into the warehouses.

In fact, some employees have gone on to say that some of the managers love seeing puppies in the store. The employees do note that other locations are extremely strict about not letting dogs in, though.

This may seem hopeful when it comes to Costco’s pet policy, but it isn’t. These locations that allow dogs inside are very few. The majority of the locations strictly enforce Costco’s stringent pet policy.

The answer to this question is quite simple. It is a health and safety issue. Costco stores must follow FDA guidelines, which state that stores which sell food can’t allow live animals inside. There are concerns considering contamination if live animals were allowed inside the store.

Animals can carry various germs and pathogens, through dirt, drool, and urine, which may be present within their bodies. These things could contaminate products, making them ineligible to be sold or cause contamination to the homes of someone who purchased the affected item.

On top of this, some people simply don’t want to be around animals. These people may be afraid of animals, which can cause panic attacks, or be allergic to them, which can cause severe adverse reactions. Pet-friendly stores could be extremely troublesome for people with these issues.

Are Service Animals Allowed Inside Costco?

The ADA requires that stores allow certified service animals to accompany their owners into stores. This requirement overrides the FDA guidelines on where live animals can go.

Service animals are specifically defined as ‘dogs that are individually trained to complete work or perform certain tasks for people with disabilities’ as per the ADA. Any other dog, or animal for that matter, that does not meet this definition is not a service dog and, therefore, is not allowed into Costco.

Service dogs are better trained than other pets and well-behaved when going through a store. As a result, it is a lot less risky for Costco to allow service animals into its stores because of these things. So, you are allowed access with your service animal.

Service animals are not allowed to wander around the store freely as they can scare customers or potentially destroy property and contaminate food.

Can Costco Ask If My Animal Is A Service Animal?

Employees are only allowed to ask two types of questions to confirm this, though. One is if the dog is a service animal required because of a disability. The second is what work or function is the dog trained to perform.

These are the only questions an employee may ask regarding a service animal. They are not allowed to ask about your disability or ask for proof of disability. These questions are a violation of the ADA.

Does Costco Allow Emotional Support Dog In Its Stores?

The answer is no.

Can You Put Your Dog In A Shopping Cart At Costco?

There are many customers that say they have seen a lot of dogs sitting in shopping carts at various stores, including Costco. This is still against FDA guidelines and not allowed in Costco warehouses. It can be unsafe for the animal and even become a contamination risk.

Carts are used to carry groceries and other items around stores and putting a pet in one causes an unsanitary environment, which is simply not allowed.

If I Live In Canada, Can I Bring My Pet Into Costco?

Even in the great white north, only ATPDR (Accessible Transportation for Persons with Disabilities Regulations) certified service dogs are allowed inside Canadian Costco locations.

The ATPDR definition of a service animal is relatively the same as the definition given by the ADA: ‘a dog that performs a task to assist a person with a disability with a need related to their disability.’

Emotional support pets, pets that are off-leash and unattended, and other pets are not permitted to enter any Canadian Costco locations.

If you can’t leave your pet alone at home but desperately need to order some groceries, it’s worth mentioning that Costco can deliver online orders directly to your door.

Conclusion – Can You Take Dogs In Costco?

Registered service animals are the only animals that are allowed in any of Costco’s many locations because of the ADA guidelines. Pets and other animals are not allowed because of FDA rules and the risk to store hygiene.

Service dogs are trained very well and are able to comply with health and safety laws because of their training. They must abide by these rules, or the animal and its owner will be asked to leave.

Employees are allowed to verify your animal is a service animal by asking 2 specific questions, but that is it. They are not allowed to inquire about your disability or ask for proof. 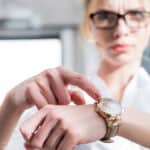