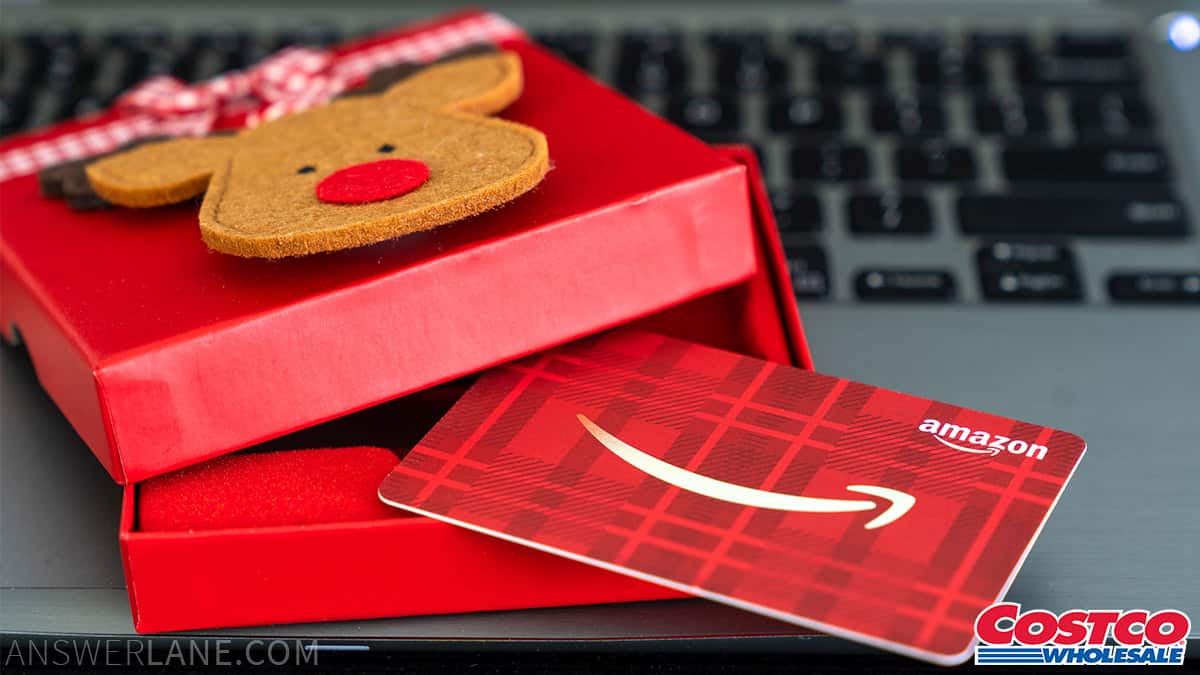 When your trip includes the purchasing of various different types of items, Costco is a great place to go. This is because Costco is renowned for selling a whole lot of everything ranging from meat and electronics to appliances and even furniture.

Costco was designed to be a one-stop shop, which is why it has become one of the leading retailers in the United States and to date, has over 111 million Costco membership holders worldwide.

However, when it comes to buying gifts, you may be wondering – does Costco actually stock any kind of gift cards for some of the most well-known companies, such as Amazon?

To find out whether Costco sells Amazon gift cards, we did some research and below, we have the answer to that question plus everything there is to know regarding Amazon gift cards at Costco.

Does Costco Offer Gift Cards From Amazon In 2022?

Unfortunately, as of 2022, Costco is doesn’t sell Amazon gift cards.

Since Amazon is one of Costco’s biggest rivals, Costco doesn’t want their customers to shop elsewhere, and as a result of that, they don’t sell gift cards for Amazon.

If an Amazon gift card is something you’re after, there are plenty of other retailers that you can visit such as Dollar General, Best Buy, and CVS. They all sell Amazon gift cards.

If you care about finding out why Costco doesn’t sell Amazon gift cards, continue reading.

Amazon used to be purely an online-based business. But, after Amazon acquired Whole Foods and founded Amazon Go, they have entered the grocery industry, and have since become a direct competitor of Costco.

And as a result of that, Costco has prohibited the selling of any Amazon products including the Amazon gift card and even the FireStick both in their store and on the Costco website. Costco simply doesn’t want its customers to shop with rival companies.

Where Can Amazon Gift Cards Be Purchased If Not In Costco?

Luckily, across the United States, Costco has many competitors that don’t particularly care about their rivalry with Amazon and their expansion to the retail and grocery sector. As a result of that, there are many stores that you can pick from, which sell Amazon gift cards.

Some of those include:

What Kind Of Gift Cards Can You Buy At Costco?

Although it would be very unlikely that you get to buy an Amazon gift card at Costco, the shopping giant still offers a huge array of gift cards that you can buy and use.

Despite that, you can still buy gift cards for various other stores that vary in value from Costco. Do note that the gift cards you can buy in one location may not necessarily follow through to another.

This is because Costco has deals with local businesses and it wouldn’t make any sense for them to sell gift cards for local farmers in Kentucky in their New York stores.

To be clear, Costco sells gift cards for many different brands across a number of industries ranging from food, entertainment, hotels and resorts, health and nutrition, and more.

Some of them include:

Do note that Costco doesn’t accept Amex or MasterCard credit cards in-store so you should try and pay with a different payment method if you can.

Costco does not sell Amazon gift cards, both in-store and through the store’s official website.

While you cannot purchase Amazon gift cards, as well as other products related to Amazon from Costco, you can still buy gift cards for a vast range of brands across a number of industries.

The gift cards that you can buy from Costco can be used for food, shopping, entertainment, travel venues, and many others.

If you are looking for gift cards from Amazon, you can get them directly from Amazon’s official website or in-store, with adjustable amounts of value and various delivery options. 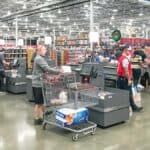