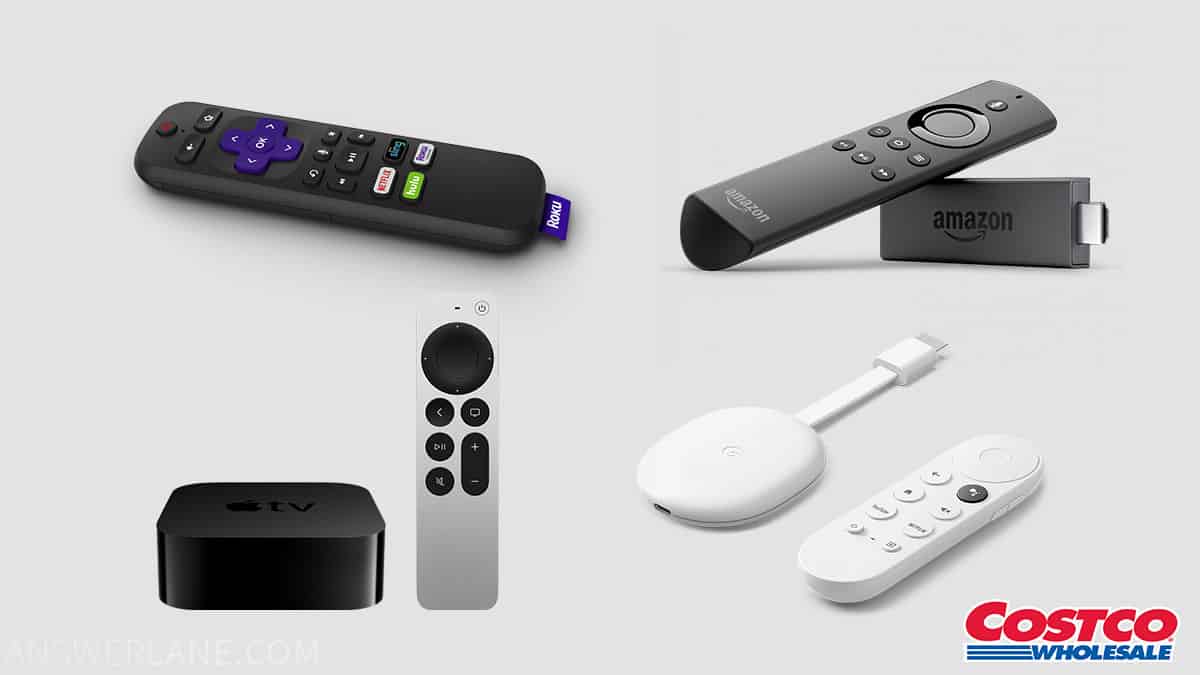 The world of media and television has changed drastically over the past couple of years. Nowadays, online streaming numbers regularly beat out traditional TV broadcasts.

And while streaming sites and services like Netflix and Hulu are very convenient, if you don’t have a smart TV, you have to resort to using your smartphones, computers, and other devices to watch your favorite shows.

Because of this, there are now a bunch of different devices you can plug into your regular TV to allow it to stream content from different providers.

But where do you get these devices?

Well, in this article, we’re taking a look if you can buy Rokus, Fire Sticks, Chromecasts, or Apple TVs at Costco, why the store doesn’t stock up on all streaming device brands, and even how much one of these devices will cost you.

The electronics section is a major part of Costco warehouses. So, you can expect to find a wide range of electronics in the section, which includes streaming devices.

However, this doesn’t include all the brands and models available. For a variety of reasons, Costo only has Rokus and Apple TVs. Currently, these are the only two streaming device brands available in-store or on the Costco website, which you can get delivered to your home.

With that said, if these aren’t the right options for you, you can also purchase smart TVs at Costco. Costco has a variety of different smart TV brands and models in-store such as LG, Samsung, Hisense, Sony, and Vizio, just to name a few.

These TVs can have Amazon Prime and Hulu built-in, while also being able to handle and download other streaming services like Netflix and HBO Max.

As mentioned earlier, Roku streaming devices and Apple TVs are available at Costco. Currently, the store doesn’t stock up on any Amazon Fire Stick devices. So, if you’re looking for a specific Costco Fire Stick for your TV, you’re better off searching at other stores.

There isn’t one “official” reason that Costco doesn’t stock up on Amazon Fire Sticks or Google Chromecasts. So, everyone has their own theories as to why you can only buy Rokus and Apple TVs at Costco.

One popular reason customers think that Costco doesn’t have Fire Sticks or Chromecasts is that Amazon and Google are big competition. Since Costco doesn’t want to aid their competitors with their sales, they choose not to stock up on their products.

This might particularly be true for the Amazon Fire Stick as Costco is currently trying to carve out its own space in the e-commerce market. And as many people know, Amazon is the top player in today’s e-commerce market.

Additionally, Amazon is known to delay stocks of Fire Sticks to physical stores. This may be to encourage customers to purchase the products on the Amazon website instead of going to a physical store.

Costco is one of the US’ biggest retailers. A big reason for this is their consistency in delivering a great service. And if they can’t have a regular supply of Fire Sticks in their stores, they might be better off choosing other brands and manufacturers instead who would be consistent with stocking up sold-out products.

Where Can I Buy Fire Sticks And Chromecasts?

Amazon Fire Sticks and Google Chromecasts are available in a number of physical stores such as Best Buy, Kohl’s, Target, Lowes, Staples, and Office Depot.

However, as we mentioned earlier, it can be hard for you to purchase Fire Sticks in a physical store. So, we highly recommend going to the Amazon website if you want to purchase a Fire Stick.

That way, you can be sure that it’s in stock and that the device is original. On top of that, Amazon features Google Chromecasts on their website as well, which gives you a number of different options to pick from.

How Much Are Streaming Devices At Costco?

Typically Costco’s streaming devices will cost you between $119.99 to $189.99, depending on the brand and model you choose. However, the only streaming devices available at Costco at the moment are the Apple TV 4K and Roku Ultra 4K.

With those devices, you can also extend their warranty using the SquareTrade warranty, which will prolong the warranty of the products you buy at Costco in case something happens to them in the years to come.

You can find both Apple TVs and Roku streaming devices at Costco. However, due to a number of unknown reasons, you won’t be able to find any Amazon Fire Sticks or Google Chromecasts if you’re shopping at a Costco store or on their website. 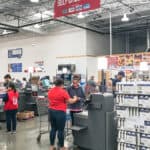 Does Costco Do Background Checks? [What They Ask & More]