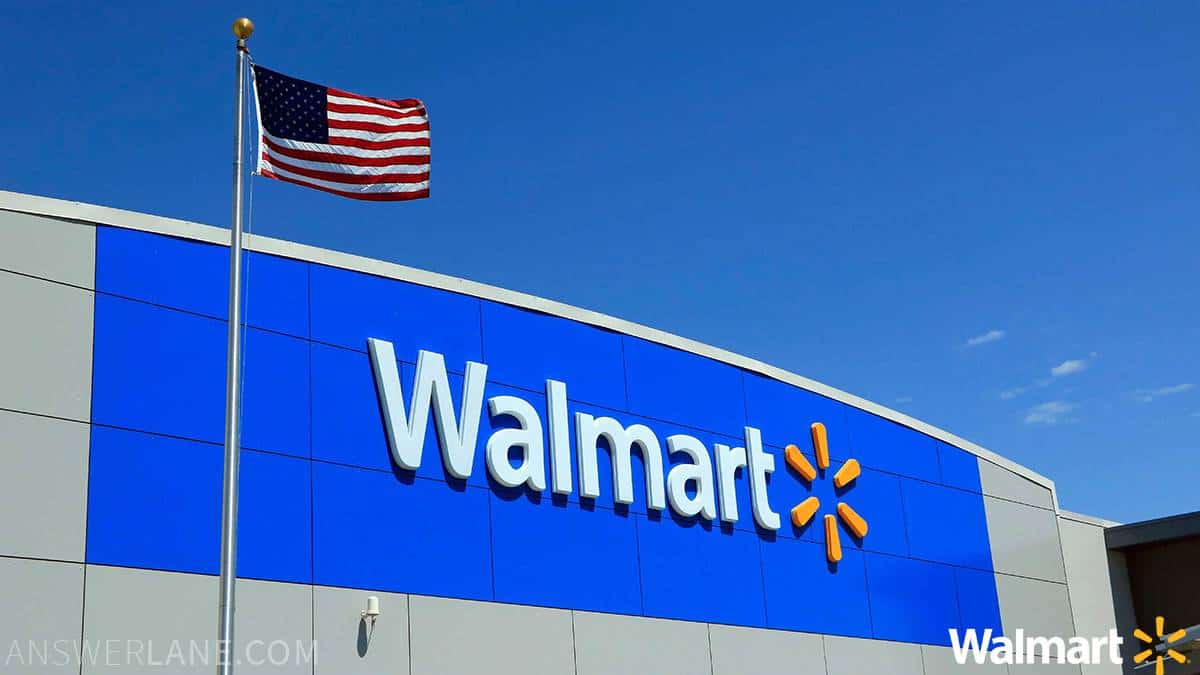 Walmart is known not only for the wide selection of products at their stores, but also for their wide range of products. On top of that, customers regularly flock to Walmart for its competitive prices on different products.

In fact, as one of the world’s largest retailers, there are many different brands available at Walmart. However, there is one brand that regularly stands out to customers: the Walmart Great Value Brand.

This is Walmart’s own selection of different products at their stores that are known for being high-quality at a budget-friendly price. But where exactly do these products come from?

Well, the answer to that largely depends on the type of product, as different products are sourced from different manufacturers at Walmart. And while the list may be a long one, that’s why we’re here.

In this comprehensive guide, we take a look at 20 different Walmart Great Value products and their manufacturers. That way, you get to know exactly where these products are coming from, and whether or not they are worth your time and money.

What Is The Walmart Great Value Brand?

The Walmart Great Value brand was originally launched in 1993, but it was revamped and relaunched in 2009 under the same name. There are many different Great Value products, and Walmart claims that these products can compete with just about any national brand that offers the same.

The difference, however, is in the price. Most of Walmart’s Great Value products are known for being close, if not as good as any other name brand while being available at an affordable price. This is Walmart’s most extensively developed brand that offers a wide range of different products such as ice cream, jerky, bread, mayonnaise, and even spices.

Additionally, the Great Value brand isn’t exclusive to the United States. Customers may find Great Value products in Canada, Nicaragua, Mexico, El Salvador, Argentina, Chile, and Brazil. Great Value is also Walmart’s most successful brand, being one of the best-selling brands in their stores.

There is no one set manufacturer for all of Walmart’s Great Value items. Different products get made by different manufacturers.

For example, ConAgra and Sara Lee are known to be responsible for most Great Value products such as their groceries, coffee, cheese, and salsa items, just to name a few.

However, other items, such as their zipper bags are thought to be made by Ziploc while their milk comes from their own dairy producers in Fort Wayne Indiana.

In fact, major manufacturer Kraft is also thought to be behind some of the most popular Great Value products and groceries.

But to give you a rough idea of Walmart’s Great Value manufacturers, here’s a brief rundown of 20 different Great Value products and the companies behind them;

To start, Cott is widely known as the manufacturer of Great Value root beer. Cott is known to serve over 2.1 million customers across North America, but they also make beverages for Walmart, particularly their root beer.

Great Value root beer is known to be very cost-effective for a lot of customers, with a pack of 12 cans with 12 fluid ounces of root beer only selling for around $2.28. On top of that, the brand is known to incorporate the same ingredients as A&W root beer, which is a large reason for its popularity.

And despite having a similar taste to A&W root beer, the Great Value option costs customers almost $10 less for a gallon.

Many people speculate that Ziploc is behind the Great Value zipper bags. However, keep in mind that neither Walmart nor Great Value has confirmed this claim.

If you’re wondering where Great Value Spring Water comes from, you can rest assured that it actually comes from a natural spring in Basswood Springs, Maryland.

These bottles will cost you $0.80 a gallon, and the water is purified by ozonation, which is responsible for the water being pH neutral and having zero pollutants.

If you don’t get the natural spring water and opt for the plain Great Value bottled water, the water comes from the Sacramento Water Supply in California.

Unknown to many customers, Walmart’s Great Value Yogurt and Greek Yogurt is actually a subsidiary of the Danon brand. So, you can expect these products to be very similar in taste and texture to Danon yogurt.

With that said, Great Value family-sized pots of low-fat vanilla yogurt cost around $1.74, while Danon’s can cost you as much as $2.78, which is more than a full dollar more expensive.

With that said, Walmart also offers a variety of other peanut butter products such as peanut butter with a jelly swirl and even crunchy and organic varieties to fit customers’ tastes.

This is just a rumor, but many people claim that Great Value potato chips are actually made by UTZ.

UTZ potato chips are very popular, and they can cost you up to 22 cents for an ounce. On the flip side, Great Value potato chips, which customers claim taste very similar, are available for just 16 cents an ounce.

The Walmart Great Value coffee you find at Walmart Supercenters is actually made by Sara Lee. However, this coffee is noticeably cheaper than other coffee brands available at Walmart.

A 48-ounce can of Great Value coffee at Walmart costs around $7.92, but if you choose to buy in bulk and get a pack of two cans, you may be able to get it for $14.88, which can save you a lot if you drink coffee regularly.

Additionally, the Walmart Great Value coffee creamer is also largely considered to be made by Sara Lee.

There was a story that came out in 2020 that suggested that Great Value paper towels are made by Procter & Gamble. If this is true, then customers can get a great bargain since Procter & Gamble also makes Charmin paper towels, which are largely considered to be high quality.

Along with their cow’s milk and other dairy products, Walmart’s Great Value Almond Milk is likely manufactured at their dairy plant in Indiana. However, depending on the store’s location the exact origin of the Almond Milk may vary.

Customers have speculated that other dairy suppliers such as Meadow Gold and the Borden Dairy Company are responsible for the Great Value almond milk.

With that said, Great Value almond milk is more affordable than many other brands, with the regular price for almond milk with chocolate costing around $1.98 for half a gallon.

While it hasn’t been confirmed, customers widely speculate that McCormick is behind the Walmart Great Value spices.

This is because they share a similar taste, texture, and consistency as the McCormick options. In fact, many customers have a hard time distinguishing McCormick spices from Great Value ones.

McCormick spices can cost as high as $2.44 for a small bottle of spices. On the other hand, Great Value spices can go for as low as $1.23 per ounce, which offers significant savings for certain customers.

It’s largely believed that ConAgra is the major manufacturer of Great Value flour.

ConAgra is known for manufacturing most Great Value products, and since they have their own flour mill, it’s easy to assume that ConAgra is behind Great Value flour, though this has never been confirmed.

Typically, a bag of Great Value flour will be the cheapest option available in Walmart stores in both Canada and the US. Great Value flour bags will cost you around $5.98 for a 10lb bag. For comparison, the Gold Medal flour bag of the same quantity sells for as high as $9.10.

In fact, many customers claim that Great Value ketchup tastes identical or very similar to Heinz ketchup, despite the Great Value option costing almost half of what a bottle of Heinz ketchup fetches.

Agaia is known for being an environmentally friendly company, producing eco-safe liquids at a price much lower than its competitors. For example, a bottle of Tide detergent can cost you as much as $11.97 for 92 fl oz, while 100 fluid ounces of Lavender Great Value detergent is available for only $7.98.

Based on research, Great Value light bulbs are manufactured the in Bucyrus Lamp Plant in the US. This plant is owned by Savant Systems, though the company used to be known as GE Lighting.

However, recent reports show that the manufacturing of Great Value lightbulbs might be moved to China in the near future.

Regardless of where they are currently made, Great Value light bulbs costs around $10.88 for 12 different lightbulbs, which ultimately evens out to just 90 cents per bulb.

What may come as a surprise though is that Walmart’s Great Value butter is actually more expensive than Land O Lakes. Typically, Land O Lakes sells for 18 cents an ounce, while when computed, Great Value costs up to 32.1 cents per ounce.

This product is made completely by a private manufacturer then distributed by Walmart’s Great Value brand.

A pack of ten of Great Value jerky costs $9.54. This is significantly cheaper compared to another well-known jerky brand available at Walmart, Jack Links, which costs $11.53 for a similar package.

Walmart has its own dairy production plant in Indiana. This is where all the Great Value dairy products originate, and it’s also speculated that the almond milk products are made there as well.

Most people believe that Walmart sources raw milk from over 250 different dairy farms in the area of their plant.

There are rumors that Great Value mayonnaise is actually made by Kraft. However, this rumor is yet to be confirmed as Walmart hasn’t provided any more information on the origins of their mayonnaise.

Lee Rambo bakes Great Value bread at their factory along with their other brands such as Nature’s Own loaves and Rainbo bread buns.

20 ounces of Great Value whole wheat bread only costs around $1.48 at Walmart, which is almost ten times cheaper than a Nature’s Own loaf, which sells for $10.99.

This depends on the product. Since different manufacturers are in charge of specific Walmart products, the exact location of manufacturing may vary. However, Walmart stands by the fact that all Great Value products are made in the USA.

However, keep in mind that this still may vary depending on the type of product and your own tastes and preferences.

One thing is for certain, however, and that is that most Great Value products available at Walmart are signficnantly cheaper than their name-brand equivalents, giving shoppers an accessible and budget-friendly option when it comes to Walmart products.

The exact manufacturer of Great Value products varies. While a majority of the grocery and food products are made by ConAgra and Sara Lee, other products such as bread, jerky, and even water may come from different sources.

There are many different Great Value products out there whose manufacturers remain largely unknown. However, one thing that Walmart keeps consistent is the price of Great Value items.

For most products at Walmart, you can rest assured that there is a Great Value alternative that is likely available at a more affordable price. 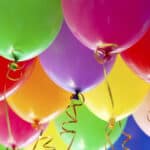 Does Walmart Blow Up Balloons? [Cost, Types of Balloons & More]