Costco is renowned for having great prices on a lot of products and services including gas.

So, if you’ve been looking at refueling your vehicle at Costco, you’re probably wondering where the Costco gas comes from and if it’s any good.

After spending a fair amount of time researching, here is what I have found.

The gas sold at Costco gas stations is considered to be of excellent quality and is ranked as “Top Tier” gasoline. This means that the qualify of gas at Costco surpasses the United States government additive requirements.

Aside from being great in quality, the gas at Costco is also a few cents cheaper than the average gas station.

But, why is the Costco gas so cheap? Where does it come from and is it any good? Check out my findings below.

How Much Is Premium Gas At Costco?

So, what you see at the gas pumps near your local Costco is usually closer to around $4.75 per gallon. The recent spike in gasoline prices hasn’t increased the price of premium gas at Costco significantly and still remains cheaper than average across the US.

As for the other types of gas available at Costco, it’s still cheaper than most places in North America.

Why Are Costco Gas Prices So Low?

One of the main reasons why the gas at Costco is much cheaper than anywhere else is because Costco actually charges their customers an annual membership fee.

Thus, only people who hold an active Costco membership can use the Costco gas station and take advantage of the more affordable gas prices.

But, that’s not the only reason why Costco gas is cheaper.

Costco also buys gasoline in bulk, which means they can get a better price per gallon than most other gas stations.

On top of that, Costco have a lower mark-up on fuel prices than other publically-available gas stations throughout the United States and North America.

So, if you’re looking to save some money on gasoline, save up for a Costco membership.

They range from $60 to $120 per year and aside from giving you permission to load up your vehicle at a Costco gas station, you can also take advantage of many other exclusive benefits.

You can get the membership either in-store or online and pay for it either using your credit card, cash, or through Apple Pay.

Make sure you bring it with you every time as if you forget to bring your Costco membership card, you might not be able to use the gas station.

However, they do have a limited number of locations that offer E-85 (a blend of 85% ethanol and 15% gasoline) for flex-fuel vehicles.

If you’re looking for a Costco gas station that doesn’t sell ethanol, be sure to check the Costco website or call their customer service line to find out where they sell E-85 fuel.

Costco are known to offer various types of gasoline at different price points (still lower than anywhere else) to suit everybody’s budget and needs.

Besides, before you fill up your car, park up next to a pump of your choice at a Costco gas station and take a look at the stamps.

They will indicate the type of fuel you’re about to put into your car and the mix of fuel that has been added.

Is Costco Gas Bad For Your Car?

As long as you are buying the right type of gasoline for your engine, there’s no reason why Costco gas is bad for your car.

However, if you fill up with diesel by mistake, it might damage your vehicle in some way or another, which would be a fault of yours and not that of Costco.

Costco always strives to provide the highest quality products at the lowest possible price and that includes gasoline.

What Kind Of Gas Does Costco Sell?

Despite having a few different types of fuel at their stations, Costco predominately sells unleaded gasoline.

Below, I’ve outlined the different types of fuel that Costco sells and where you can find them.

Diesel is only good for diesel engines. You can find it at all locations throughout the United States and Canada.

E-85 is only good for flex-fuel vehicles. You can find it throughout all Costco gas stations in the United States and Canada.

Shell is one of the most expensive gas stations in the United States. So, as far as price is concerned, Costco is the absolute winner by far for all types of gasoline.

As far as quality, Shell leads the way. The only difference between Shell and Costco gas is that Costco adds fuel additives at their very petrol station in order to save money.

As a result, Costco customers can also save money from fuel without harming their vehicle at all.

Just like Shell, Chevron is also one of the most expensive gas stations in the United States. Costco is still the cheaper option when it comes to price.

However, when it comes to quality, Chevron takes the lead. All of their gasoline meets and exceeds industry standards.

So, if you don’t mind spending a bit more on your gas, then Chevron is the better option. But, if you’re looking to save money, Costco is definitely the better choice.

Where Does Costco Get Their Gas From?

Costco’s gasoline comes from a variety of different refineries and suppliers throughout the world.

In general, most Costco gas comes from the USA and Canada, with some also coming from Venezuela.

However, if you want to know where a particular kind of fuel at a certain Costco gas station is coming from, the only way to find out is by asking somebody who works at the store.

They’ll be able to better answer your question.

You would be surprised by how popular Costco gas stations are. This is because they are generally well-maintained and offer a wide variety of different types of fuel at a very affordable price.

The only real downside is that the gas stations are only available to current Costco membership holders.

When Are Costco Gas Stations Open?

As much as it would be great, unfortunately, Costco gas stations are not open 24/7.

One positive is that they are open much longer than the actual store is in some locations, which means that you can just go to a Costco gas station and fuel up without having to go inside the store.

Do note that these hours can vary during a holiday season so it’s best to check with your local Costco gas station by Googling “Costco gas station near me” and checking their opening hours for the day you’re looking at getting your car filled up.

The gas at Costco is considered to be “Top Tier”, which means it’s of great quality and will certainly not harm your vehicle in any way.

It far surpasses the quality requirements by the United States government, which is exactly what you should be looking for.

When you put the Costco gas quality head-to-head with the quality of other gas stations such as Shell, Costco is very similar in quality, meaning you might as well go to Costco if you have an active membership and save quite a bit of money over the long run. 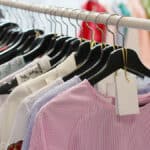