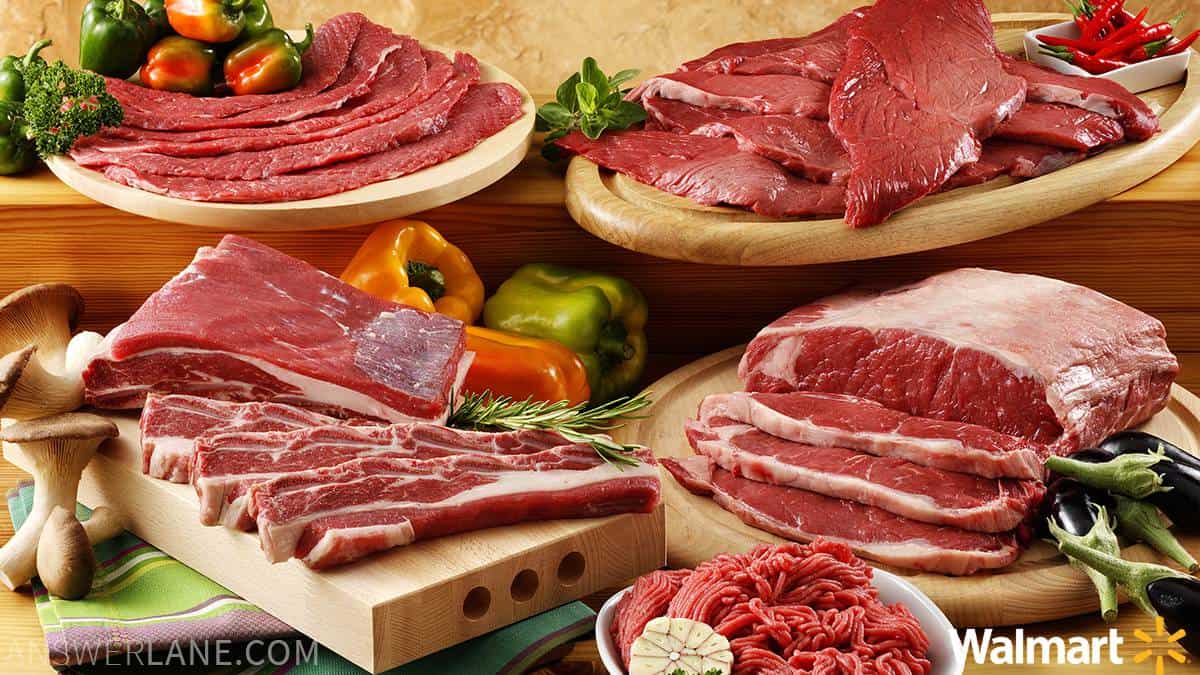 In the US, there are a whole lot of people who do their regular grocery shopping at Walmart. In fact, Walmart deals with roughly 140 million customers every week through their website or physical stores. And one of the main reasons many customers shop at Walmart is their quality products at a competitive price.

But should you go to Walmart for meat?

When buying meat, it’s important to know where it comes from. Understanding the source of your meat is a great way to determine if it’s fresh, healthy, and high-quality.

And in this article, we get into the details of the meat you find at Walmart.

If you’re curious about who supplies Walmart meat and whether it’s high-quality or not, you’ve come to the right place. Read on to learn more about the suppliers, origin, and quality of Walmart meat.

Where Does Walmart Get Their Meat?

Up until 2020, most of the meat you would find at Walmart was sourced from manufacturers and processing plants like Cargill Inc and Tyson Foods Inc. In fact, even in 2022, you can still find meat from these manufacturers at Walmart.

However, in 2021, Walmart launched McClaren Farms. McClaren Farms is owned by Walmart and supplies high-quality, Angus beef from their stores.

And despite getting their meat from different suppliers, Walmart ensures that all their meat comes from North America. Because of the reputation of Walmart meat, many customers ask, “does Walmart meat come from China?”.

The answer to this question is no, all the meat available at Walmart comes from North America, though the exact supplier may vary depending on the type of meat you’re buying.

Who Are The Walmart Meat Suppliers?

Walmart gets meat from a number of suppliers.

If you purchase Angus Beef at Walmart, it likely came from McClaren farms. However, there are also meat products that come from Cargill Inc and Tyson Foods. Some of the meat at Walmart, especially the chicken, comes from Maple Leaf.

Since there are many different meat suppliers for Walmart, it’s important to double-check the meat you put in your cart to ensure that you’re getting it from a reputable and safe supplier. With that said, all of Walmart’s meat suppliers adhere to safety and hygiene standards to ensure the safety and quality of their meat products.

Where Does Walmart Get Their Chicken?

Walmart doesn’t supply or farm their own chicken. Instead, most of the chicken at Walmart, from whole chickens, chickens parts, and ground chicken comes from third-party manufacturers such as Maple Leaf and Tyson Foods.

Walmart isn’t that transparent with its chicken supply chain. So, finding the exact sources and suppliers of their chicken is tough. However, customers can rest assured that all the meat at Walmart, including the chicken, is sourced from North America and not China.

Customers at Walmart have access to free-range, cage-free, and locally sourced chicken, although it may be hard to pinpoint the exact chicken supplier at your local Walmart Supercenter.

Where Does Walmart Get Their Beef?

The source of the beef you buy at Walmart depends on the type of meat you’re buying. If you buy the Angus beef and other premium selections at Walmart, there’s a high chance that it’s from McClaren Farms.

Up until 2020, most, if not all the meat at Walmart came from third-part processing plants. However, since the launch of McClaren farms by Walmart in 2021, they have been the main supplier of premium and Angus beef at Supercenters.

However, there are still a fair amount of beef products at Walmart that come from other suppliers. While Walmart purchases their beef from a wide range of suppliers, they primarily purchase their beef from Cargill and Tyson, which are some of the largest meat suppliers in the world.

Walmart claims that all the meat available in their stores is 100% fresh with a money-back guarantee. So, if you purchase meat at Walmart and believe that it isn’t fresh or high-quality, you may request your money back.

With that said Walmart doesn’t have a reputation for high-quality meat, especially before the launch of McClaren farms. In fact, there are some surveys that show that customers had the most complaints about the quality of Walmart meats compared to other grocery stores.

In terms of freshness, Walmart usually ranks fairly low compared to the competition. This may be due to a number of reasons such as the chemicals used in the packaging process and the supplier of the actual meat at their stores.

To address this issue, Walmart now supplies and packs some of the meat products on their shelves in-house, such as the McClaren Farms Angus beef products.

It can be fairly hard to figure out where the meat at Walmart comes from.While some of the meat products such as Angus beef are packed in-house through McClaren farms, this isn’t true for all of their products.

Most of the beef and chicken you find at Walmart is packaged and processed by third-party companies such as Tyson, which is one of the largest food processors in the world. 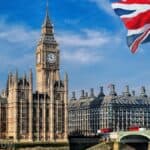 Does Walmart Deliver To The UK? [Here’s How That’s Hassle Free]