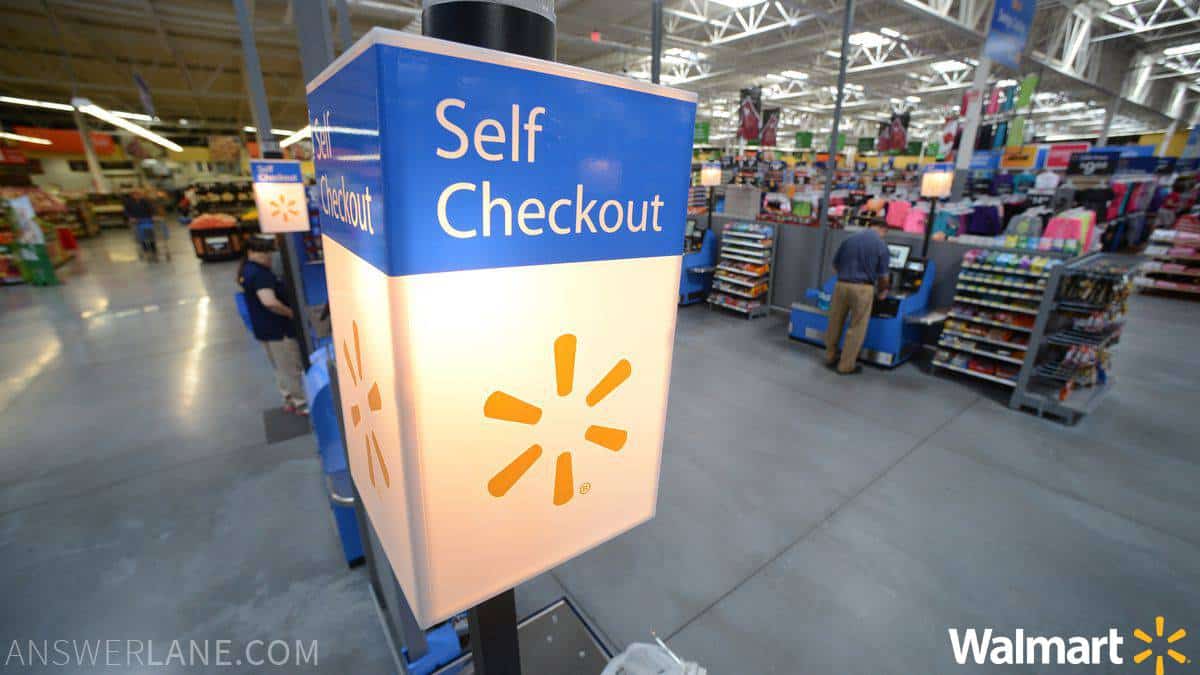 Theft is a big deal at Walmart. In 2015 alone, the company suffered a $3 billion loss solely due to theft at their stores.

As one of the biggest retailers in the world, Walmart has a lot of resources to develop their stores in a way that deters and prevents theft, especially in their self-checkout aisles.

In this article, we’ll be going through what happens when people get caught stealing at Walmart, the ways Walmart deters theft at their self-checkout aisles, and even the functionality of the different security cameras in their stores.

What Happens When Someone Gets Caught Stealing From Walmart Self-Checkout?

The Walmart self-checkout system was designed to make it easier for shoppers to go through their regular routines.

With the self-checkout aisles, customers get to scan all of their items and pay for them without the aid of a cashier or Walmart associate. However, since these aisles don’t have associates scanning items for customers, there are many people who see this as an opportunity to steal from the store.

While retailers and other companies have a wide window to press charges, Walmart usually acts fast with people who try to steal from their stores. If a person gets caught stealing at Walmart, they are in for more than just a slap on the wrist.

If Walmart presses shoplifting charges, there is a high chance that the individual will get arrested and go to jail if found guilty.

Additionally, the theft will go on the individual’s permanent record, which could have major consequences on the rest of their lives.

For example, future employers or landlords may check an individual’s permanent record and find that they were guilty of shoplifting at Walmart. Additionally, there are also banks that check a person’s permanent record before approving them for a loan or mortgage.

The consequences of getting caught stealing at Walmart may vary on a case-to-case basis since Walmart has the option to drop the charges as well. However, since Walmart deals with a lot of theft on a yearly basis, there’s a high chance that they will actually press charges.

There are many ways Walmart can catch potential theft at their stores such as cameras and associates carefully watching. And if they have sufficient evidence to press charges, there isn’t much an individual can do to avoid the consequences.

Does Walmart Know When You Steal From Self-Checkout?

Like with any other retailer, there may be a handful of people who get away with stealing from the self-checkout lane. However, since this is a common occurrence, there are multiple ways Walmart keeps an eye on their self-checkout lanes.

Retailers put a lot of money to try and reduce “inventory loss” which is commonly caused by theft. So, Walmart has invested a lot of money in different theft deterrents in their stores such as missed scan detection and computer vision technology.

On top of that, there are also cameras in the self-checkout lanes that detect and analyze activities at the registers. And if the camera detects something wrong such as an item being bagged without getting scanned at the register, they send a notification to associates to check up on the aisle and make sure all the products are scanned.

So, with all these different ways of checking and monitoring their self-checkout lanes, Walmart can easily catch whenever a person tries to steal from self-checkout.

And as mentioned earlier, if a person gets caught stealing at Walmart, the company will not hesitate to press charges which could result in a mark on the person’s permanent record and even jail time, depending on the circumstances.

Is There A Walmart Self-Checkout Camera?

Yes, one of the main ways Walmart monitors self-checkout is through a system known as Missed Scan Detection.

This is a combination of AI technology and cameras to monitor the lanes. This is a program that originates from Cork, Ireland and is used by a lot of different Walmart locations around the country.

And whenever an item isn’t scanned before getting bagged, the system notifies a nearby Walmart associate who will check on the situation.

On top of that, there are many Walmart associates placed close to the self-checkout lanes to monitor them. These associates receive real-time feeds from the Missed Scan Detection system and also watch over the lanes themselves.

There is no way to determine if all the cameras at Walmart are functional or if some are just placed as a theft deterrent. However, the cameras in the self-checkout lanes are working all the time as you can see the cameras working with the image on the screen while you’re scanning the items.

Additionally, since Walmart is known to press charges against shoplifters and people who commit theft in their stores, it’s best to assume that all the cameras are real and functional so that you don’t take any unnecessary risks.

What Are The Walmart Anti-Theft Systems At Self-Checkout?

On top of the Missed Scan Detection system and the associates placed around the self-checkout lanes, Walmart also has numerous security cameras in place to catch any suspicious activity in their store.

Walmart takes theft very seriously as it accounts for the majority of its inventory loss. So, there are many different systems designed to stop and catch people stealing from their stores.

Theft is a common problem that many retailers have to deal with. And to prevent theft at the Walmart self-checkout lanes, the company employees a variety of different systems to catch people in the act and to deter them from stealing in the first place.

On top of that, Walmart is known to press charges against people who are caught shoplifting. While punishments may vary depending on the case and your location, this will end up with a mark on the individuals personal record. And for some cases, people also end up in jail when caught stealing at Walmart.