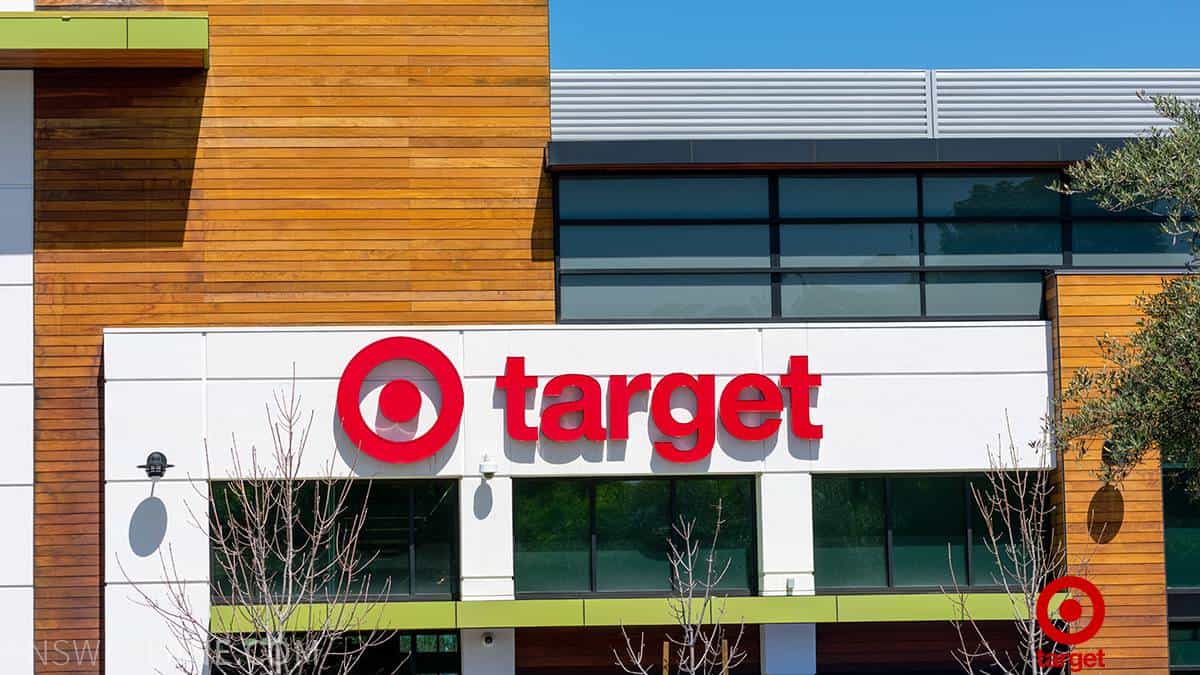 Currently, Target is one of the biggest and fastest-growing grocery chains in the United States, with almost 2,000 stores across the country.

But which grocery store is better: Target or Walmart?

In this Walmart vs Target comparison, we get into the details of this debate. We talk about the prices, products, market share, and even the product quality of each store, to help you determine the better option.

If you’re trying to figure out the best place for you to shop in 2022, then you’ve come to the right place.

Considering the size of their stores and the number of locations, one might easily assume that Walmart has lower prices than Target. And for the most part, this is ture. However, it gets a bit more complicated once you start looking at the details.

When doing the research, we found that Walmart boasted lower prices on most products, compared to Target. The area with the largest price difference was household goods such as soaps, wipes, and other cleaning materials. For example, the price of a 96-pack of Gain Flings Detergent Pacs costs about $21.44 at Walmart and $21.99 at Walmart.

The price difference between the household goods at Walmart and Target wasn’t that large. And while Walmart still has lower price tags in other categories, the differences are usually just a couple of cents.

So, while customers can potentially save some money shopping for certain products at Walmart as opposed to Target, if you already find yourself in a Target store, the price difference isn’t worth another grocery trip.

Remember, aside from grocery prices, one needs to consider the convenience and cost of going to a Walmart vs Target store.

Walmart vs Target: Quality of Products

One of the reasons both Walmart and Target have garnered lots of success is because they market to different customers. Generally, Target markets itself to higher-income families compared to Walmart. This is also seen as one of the reasons for higher prices.

This largely depends on your tastes and preferences. Most customer reviews put Target and Walmart at the same level when it comes to food.

However, Target boasts a slight advantage when it comes to clothing because of the higher-quality brands you can find in their stores.

When looking at the bigger picture, Walmart has the bigger Market Share compared to Target. In terms of the retail market, as of 2019, Walmart is the top retailer in the US by revenue. Additionally, Walmart holds on to roughly 15% of the entire retail market.

So, if Walmart comes in first, does Target come in second?

This is not the case. After Walmart are retailers such as Amazon, Costco, Kroger, and Apple. You can find Target at the 8th spot in the list, only holding around 2.47% of the retail market. However, keep in mind that this is for the general retail market.

When you look at the department store market shares, the story differs.

Target holds the largest department store market share in the United States, holding around 38% of the market. To find Walmart, you have to go fairly far down the list as they are tied with Macy’s at 13th place.

Does Walmart Have Better Stores Than Target?

To figure this out, we decided to compare a bunch of different factors such as the store size, locations, and other things that may be important when finding the ideal grocery store for your needs and preferences.

When you walk into a Walmart or a Target, you will notice that their layout is very different. However, the stores still sport the same square shape with a large space for a variety of aisles, products, and services. Generally, Walmart stores measure in at an average of 179,000 square feet. This only accounts for the building itself and when you take the parking space into account, you start to see how large Walmart stores really are.

On the flip side, an average Target store is only around 130,000 square feet. This is still fairly large for a grocery and department store, but not nearly as large as an average Walmart. However, the smaller size has its upsides as well as its downsides.

While a larger Walmart store may house more items and be able to fit more customers, it makes it harder for Walmart to find new locations, considering the amount of space needed.

Since Target is smaller, the company had a much easier time finding areas of land to place their stores that can attract many customers such as busy streets in the center of the city.

Currently, Walmart has roughly 11,000 stores worldwide. Target, on the other hand, only has around 1,897 stores in the US. Aside from the number of stores, there’s also a significant difference in the locations of these stores.

Target stores are smaller, so you can find them in busier areas of the city. However, you can only find Target stores in the United States.

On the other hand, Walmart has locations all around the world, particularly in Canada, Mexico, and India. However, depending on the country, the store might be named something else. For example, in India, Walmart is called Flipkart.

Walmart and Target have a relatively similar layout. They are both large square buildings with a variety of long aisels with tall shelves. Both of the grocery stores also place numbers and letters on the aisles to make it easier for customers to locate certain products.

However, take note that customers regularly complain about the “messy” layout of Walmart that makes it easy for people to get lost.

Since Walmart stores are bigger, they are naturally tougher to navigate because of the sheer number of products and aisles. You might experience something similar at Target, but the smaller size makes it slightly easier to navigate.

When it comes to the atmosphere of the stores, customers report glaring differences.

Since Target is marketed towards higher-income families, you can expect a more “luxurious” atmosphere. However, at the end of the day, Target is still a grocery store, so it wouldn’t be fair to expect the same atmosphere as a 5-star hotel.

There isn’t a large difference between the things you can find at Walmart vs Target. They are both large-scale grocery stores, so you can expect the same types of products.

Both of these grocery chains offer exclusive brands only available in their store. One of the most popular of these brands is “Great Value”, which you can only find in Walmart stores. These are a variety of different food products that are very competitively priced and boast some of the lowest prices in the market.

Additionally, Walmart also stocks up on brands such as Sam’s Choice, Market Style, MainStays, and Parent’s Choice. All of these are considered more premium brands by consumers that you can only find in Walmart. Walmart also has its own garden and outdoor brands as well as apparel and car equipment brands.

Target also boasts a wide range of unique brands that you can only find in their stores. However, since Target is marketed as a more up-scale grocery store for higher-income families, you can expect a difference in the private labels offered at Target stores. Target’s private and exclusive brands include up & up, Made By Design, Auden, Opalhouse, Embark, Room Essentials, and Sonia Kashuk.

Both Walmart and Target are known for partnering with other restaurants and stores to put up branches in their buildings.

For example, Walmart is most popular for its Mcdonald’s, Subway, and Taco Bell restaurants in its buildings. And with the new Walmart deal with Ghost Kitchen, you can expect more restaurants such as The Cheesecake Factory and Quiznos to open at Walmart sometime soon.

However, Target also has a couple of different stores in their grocery store such as Starbucks, where customers can grab a quick coffee and bite before or after doing their shopping. Additionally, Target has unveiled plans of partnering up with Ulta to allow in-store beauty shops at Target locations.

In terms of additional services, however, Walmart is the clear winner.

Walmart is known for its different services along with its wide selection of products through their Auto Center, MoneyCenter, and more. At Walmart, you can get your vision checked, car repaired, tires installed, accomplish banking tasks, pay bills, and even buy medicines at the pharmacy.

In contrast, you can only avail of the pharmacy service at Target.

Walmart vs Target: Who Has Better Customer Service?

However, to dive deeper into this, one needs to check out the Google reviews for local Walmart and Target locations. The Walmart customer service may be better than Target in your area, while it might be the exact opposite for another location, city, or state.

Walmart and Target have very similar, lenient return policies. The general policy for both stores is that customers may return their items within 90 days of the original purchase if they have the receipt.

However, if they don’t have a receipt, they may still return the product but may only receive store credit. If you’re looking to return a Walmart item without the receipt, we’ve written a full guide for you to follow with all the step-by-step information you need.

With that said, customers have reported that Walmart is generally more lenient than Target when it comes to returns. So, this may be a point in Walmart’s favor, but keep in mind this is only based on anecdotal evidence.

At the end of the day, both of these retailers have carved out definite shares of the market and provide decent services to their customers. Since Target is marketed towards people with higher income, their prices are slightly more expensive and the atmosphere in their stores may feel a bit more luxurious.

However, while Walmart has the lower prices, it’s only by a few cents, and the difference can even go down to a single cent for certain products. The main advantage of Wlamart is that there are larger stores with more products and their Great Value brand offers some of the lowest prices on the market.

Target has a more organized store but a more limited selection. So, if you’re looking for variety Walmart might be your best pick. But with all that said, sometimes, the best option for you is the one that is most convenient and nearest to you.

So, if you can’t choose between either store, we recommend checking out which store is nearer and will be less of a hassle for you to visit. 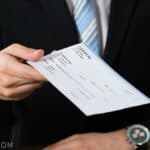 Does Walmart Accept Checks As A Payment Method? [Answered]