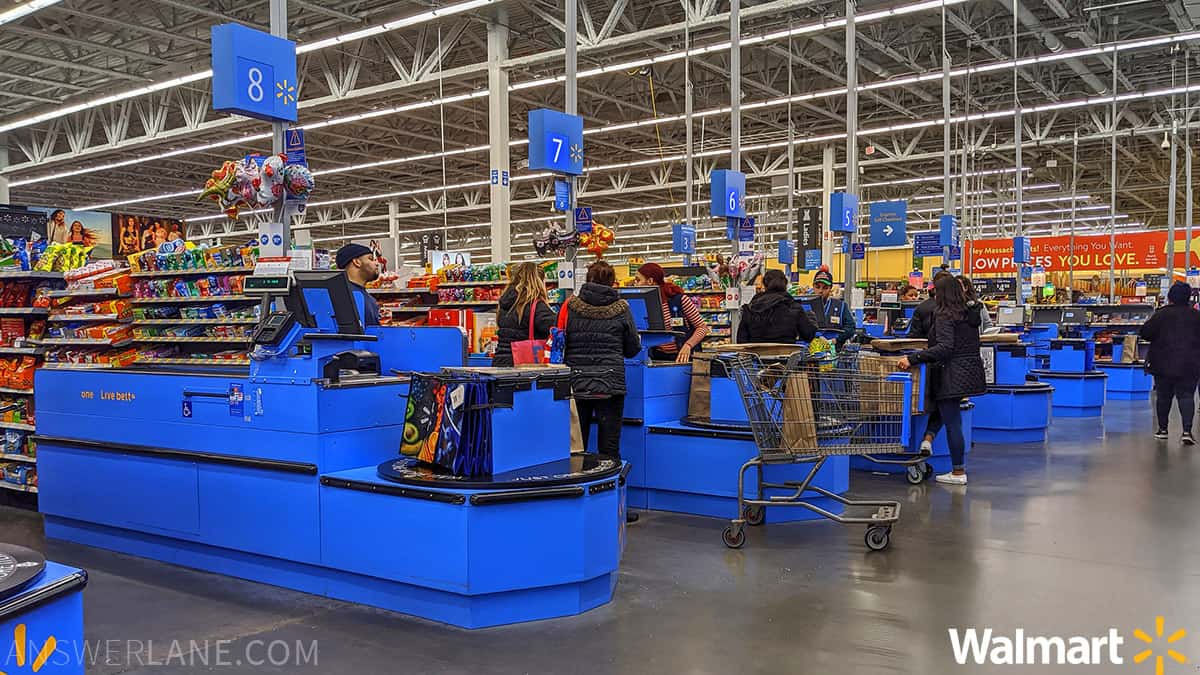 In 2021, Walmart welcomed approximately 240 million customers to their stores every week. And while that may be a bit lower than their 2019 and 2020 numbers, this is still a whole lot of people entering Walmart every week.

Since they welcome so many customers, you may be wondering what Walmart’s target market is?

When Walmart launched back in 1962, it instantly attracted scores of customers. And with its wide variety of products on their shelves and relatively low prices compared to competitors, it wasn’t hard to find customers to enter their stores.

But what kind of customers does Walmart want to attract? And are they actually attracting their target market?

And in this article, we’re getting to the bottom of that. In this comprehensive guide, we tackle who Walmart’s target customers are as well as their target demographics for race, gender, and even income levels.

Who Are Walmart’s Target Customers?

What Gender Shops At Walmart The Most?

As mentioned earlier, the most common customer at Walmart is a 46-year old woman. So, with that information, it’s easy to assume that women frequent Walmart more often than men. With that said, while more women shop at Walmart than men, the numbers are evenly split.

While women frequent Walmart the most, it’s only by 20% more than men. So, while over 60% of Walmart’s customers are women, over 40% of them are men. This isn’t uncommon in the retail industry, as Walmart’s biggest competitors like Costco and Krogers follow a similar pattern with their gender demographics.

So, for most retail stores, there are more women who shop at the stores than men.

While Walmart doesn’t have a specific target market since they aim to cater to a wide range of customers from different walks of life, there are still certain groups of people who shop at Walmart more than others.

So, here are the most common demographics of Walmart shoppers based on age, race, and average household income.

Based on the evidence available today, the most common age for Walmart shoppers is between 25-34 years old. People in this age group shop at Walmart the most often, making up for over 20% of their total customer base.

However, a large share of Walmart’s sales are still attributed to many different age groups. Since they have low prices at their stores and offer an incredibly wide array of products, customers of all age groups shop at Walmart stores.

Generally, Walmart customers’ age ranges between 18-65, which is evidence of how Walmart targets such a wide market.

Many other retailers tend to target a specific age group for their customer base. However, Walmart is not one of these retailers, and this could be the reason that Walmart is one of the largest retailers in the world today.

While this isn’t Walmart’s target demographic, they are the most common customers you may find at their stores and Supercenters.

Walmart stores attract scores of customers who make different incomes since they have low prices and tons of different products on their shelves.

Following that income level, the next highest percentage of Walmart customers report an average of $25,000-$50,000 per year.

Compared to the rest of the market, Walmart has a lower percentage of customers with an average income of $100,000 per year, especially compared to stores like Costco or Target.

What Groups Do Walmart Target The Most Through Advertising?

As mentioned earlier, Walmart doesn’t target one specific group. The large variety of products and low prices at Walmart Supercenters are designed to cater to every single type of customer. However, in terms of advertising, Walmart tends to target the younger generation.

More specifically, Walmart is focusing on the Millennial generation. This is because Millennials are yet to become loyal Walmart customers as compared to older groups such as Generation X and Baby Boomers.

Another way Walmart is attracting younger generations is with their lower prices. Since younger adults need to save money on their regular grocery runs, Walmart is an ideal place for them to shop as one of their most famous qualities is the low prices in their stores.

How Often Do Customers Shop At Walmart?

There are tons of different Walmart locations in the US, which allows them to cater to different people. So, it’s very easy for people living in the US to find a Walmart Supercenter, especially with their online store finder tool.

For most customers, an average shopping trip at Walmart ends up with them buying 11 different items and spending an average of $51. The price point is very similar to other retailers like Target, but the number of items purchased is higher at Walmart.

Walmart targets a wide array of customers. With their low prices and a wide variety of products in their stores, there isn’t one definite target market for the retailer. However, based on the data, the average Walmart customer is a 46-year-old woman.

In terms of race, Walmart’s customer base is largely made of white and Caucasian shoppers, which is similar to other retailers like Costco and Kroger’s. 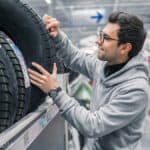 Why Are Walmart Tires So Cheap? [Interesting Facts]