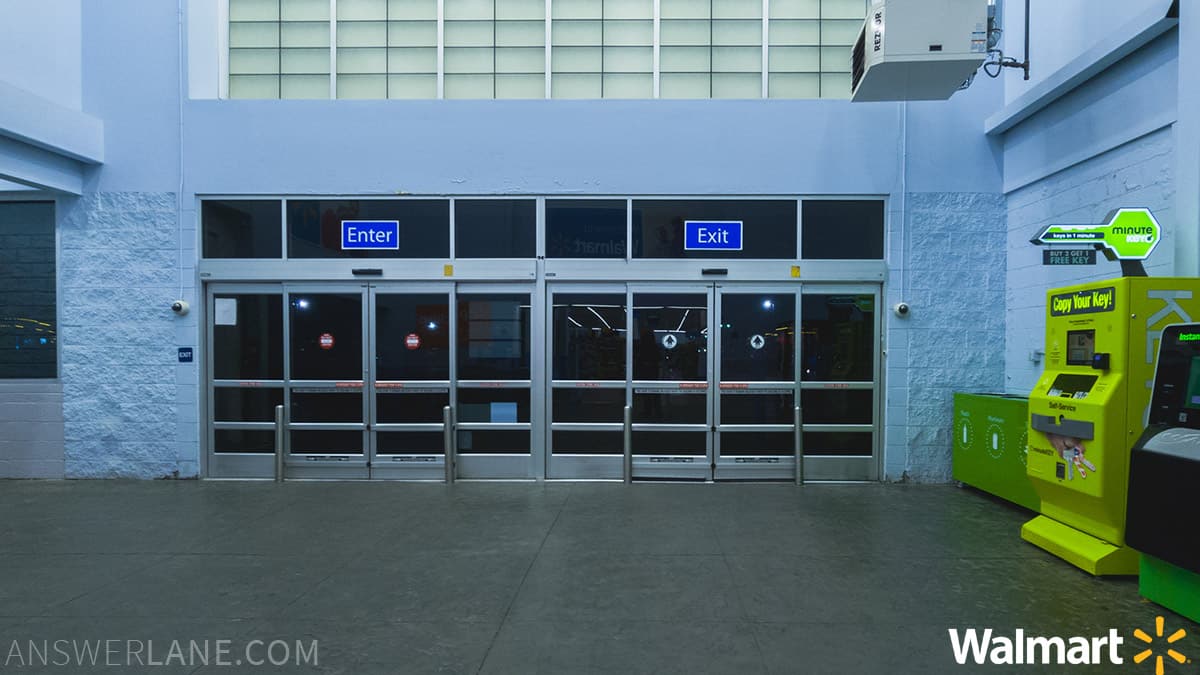 As Walmart is a big retailer that welcomes over 240 million customers every week, they have to deal with theft. This is an operational cost that comes with this large-scale popularity.

So, Walmart employs many different anti-theft techniques to catch shoplifters, even if they go through self-checkout.

These techniques include using sensors and security tags on certain items. If someone tries to steal these items off the shelves, an alarm goes off that alerts security and staff that someone is trying to steal something.

However, even some innocent people might accidentally set off Walmart alarms. This can be a hassle to explain, which is why it’s important to know how Walmart alarms work when shopping at the Supercenters. That way, you don’t have to worry about accidentally setting it off and causing a scene while going through your regular shopping trip.

In this article, we’ll get into the details of how Walmart alarms work, what sets them off, and even what happens if you accidentally set off an alarm at Walmart.

What Makes Walmart Alarms Go Off?

Walmart’s sensors usually work using RFID tags. This is a modern piece of technology that is attached to certain items on their shelves. These tags communicate with certain sensors on the door, and whenever someone passes the sensor holding one of these tags, the alarm goes off and security is notified.

How Do Walmart Sensors Work?

To prevent theft at their stores, Walmart places door alarms and sensors on all major exit points. These sensors are equipped with RFID sensors. So, whenever someone walks through the door and the security tag is still on the item, the alarm goes off.

When an alarm goes off, this doesn’t mean that Walmart automatically caught a shoplifter. There are many instances where customers accidentally set off the alarms, so whenever an alarm goes off, Walmart security and associates go to check out the situation and make sure nothing fishy is going on.

What Items At Walmart Have Sensors?

The items at Walmart with security tags and sensors include video games, clothing, consoles, controllers, books, and other electronics.

Walmart tends to put security tags on high-value items. That way, they deter thieves from attempting to steal these specific items. So, you may likely find different bags, clothing, jewelry, makeup, and home accessories with security tags on them.

Usually, the cheaper items and lesser value ones at Walmart such as candy bars and toiletries don’t have security tags. While Walmart doesn’t want people to steal these items, they won’t incur large losses if ever they go missing.

What Happens If I Accidentally Set Off A Walmart Alarm?

If you accidentally set off an alarm for wandering through a door holding a security tag or if you forgot to ask the associate to remove the security tag before leaving the store, don’t panic. When an alarm goes off, simply stay in place and explain to the associate or security officer what’s going on.

Additionally, security tags from other stores might set off Walmart’s alarm. Walmart associates understand that this can happen from time to time and they are very understanding. So, if an alarm goes off at Walmart, don’t panic and as long as you aren’t stealing, then you have nothing to worry about.

What Happens To People Caught Shoplifting At Walmart?

This depends on the situation. However, anyone caught stealing at Walmart is at risk of getting charged with shoplifting. Remember, Walmart has the right to press charges against anyone who attempts to shoplift from their stores.

Sometimes, the Walmart manager will handle the situation without pressing charges, but this is usually on a case-to-case basis. So, to avoid the repercussions, make sure not to attempt to shoplift from Walmart as they have the right to press charges if you are caught.

Walmart door alarms work just like most other stores. They function using RFID technology. They have sensors on their doors and if an item with a security tag passes through the door, the alarm goes off.

Since this is the same system used in other stores, security tags from one store may trigger the Walmart alarm. 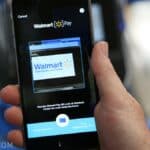 What Is Walmart Pay? [How It Works, Setting-Up, Safety & More]